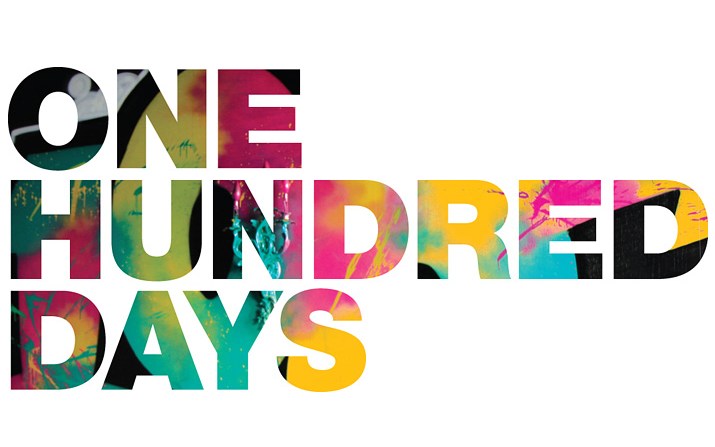 Including today, September 22nd you have 100 days left before the end of the year. What are you going to do to make this year, 2015, memorable, the best year ever, a year when you accomplished everything you said you would, the year you lived your dream?

I don’t’ know about you, but I have a lot of projects in the works and I can’t believe that there is only 100 days left until the end of the year to finish them. Projects that I had all planned to make happen this year.

Now some of you may be saying,
“So what, what I don’t accomplish now I will do next year.”
All well and good for you but I have this feeling that time is running out. You may be getting younger but I’m not. I have stores I want to open, new markets I want to ship to, more people I want to help in my community, more triathlons I want to complete, more sunsets I want to see and more walks along the beach I want to take. There is still time this year to make sure some of those things happen and at least get the wheels in motion with a clear plan to make the rest of them more than a possibility.

From Elba to Waterloo and back

Did you know that Napoleon, escaped from his prison in Elba, assembled 600 troops, recruited a regiment, marched to Paris, recaptured the government, built his army to 280,000, invaded Belgium, defeated the Prussians, was defeated by Wellington at Waterloo, abdicated again, and headed off to prison at St. Helena?
He did all of that in 100 days.

Now don’t get me wrong, I don’t think any of us want to be Napoleon, but look at all that he did – and without a smartphone, Facebook, Instagram or Twitter.

What’s it going to take?

Everyday I get up with a plan. Some days I get through all that I want to accomplish and other days I get held up, put off, swayed from the path I want to be on. Sure sometimes that may lead me to a better path but more often than not I am allowing obstacles to get in my way instead of pushing them out of the way with a clear-cut path to where I want to go.

It only takes on average 60 days to get from Base Camp to the top of Mount Everest.

It’s simple isn’t it? There’s 100 days left until the end of the year and I have a choice if I want to follow my dreams. I can get out there and do what I want to do, or I can sit back and let excuses and fear hold me back.

On December 31st, 2015 I plan to be looking back and celebrating this past year as the best year ever, what about you?

I was born in Winnipeg, moved to Montreal to study economics at McGill University and then studied fashion design in Paris. I worked in the fashion business for 20 years until I gave it all up to find the answers to life. I learned of course that there are no answers and so I decided to do what I always wanted to do and open a little shop. The shop is called Etiket and we sell the best beauty products and perfume available and a candle or two. I continue on my journey and I will see where it will take me. Part of the journey has always been writing, creating and giving. "Your soul doesn't care what you do for a living - and when your life is over, neither will you. Your soul cares only about what you are being while you are doing whatever you are doing." Neale Donald Walsch
View all posts by Simon Tooley »
« Musical Chairs